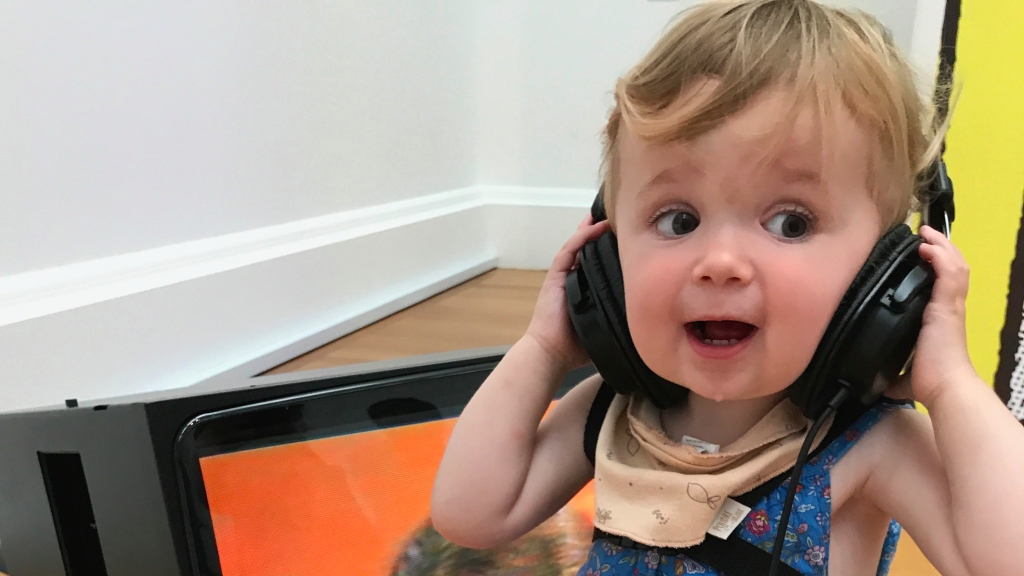 Parenting: probably the biggest sacrifice most of us are ever going to make, and it doesn’t take a Supernanny marathon to work that one out. Nobody decides to become a parent because they want more time to themselves, more disposable income or tight abs, but the crashing reality of having a child can still make even the most prepared and pragmatic of new parents feel as though they’ve sold their soul to their bouncing Beelzebaby.

Suddenly anything later than 7am constitutes a lie-in, the idea of drinking anything stronger than Vimto becomes foolish once you’ve suffered through your first baby-led hangover, and your general sense of self totally diminishes when you realise it’s been two years since someone referred to you by your actual name. There is something so painfully abstemious about having children and, for the most part, you just have to suck it up. But wouldn’t it be great if once in a while you were allowed to do something that was just for you?

In recent years we’ve seen an influx of so-called ‘family-friendly’ music events designed to keep little ones amused long enough for their long-suffering adults to grab a beer and five minutes’ peace. But while the baby discos of this world do have their benefits – namely that they get the kids out of the house and into a safe, indestructible space – it often feels that as parents and carers we’ve been somewhat left out the equation, and we can’t help feeling a bit short-changed given these events’ palpably pint-sized (rather than pint glass) focus.

We’ve lost count of the number of times we’ve tagged along to what is essentially a hyped-up children’s party, propped up the bar and feebly swayed along to child-friendly cheese while the toddler pursues a half-deflated balloon, only to have a meltdown and demand to go home when it inevitably bursts. When you actually think about it, the lengths that the majority of family-focused events go to in the name of pleasing under-fives is completely illogical given that most preschoolers don’t remotely care what’s happening around them as long as they can do some colouring and score some bubbles.

Add that to the fact that it’s more likely to be us who are in desperate need of entertainment – particularly when we’ve been stuck at home all week with nothing but Peppa Pig and Play-Doh to amuse us – and very real fears for our impending, nursery rhyme-induced insanity, and you have a pretty good argument for parent-focused fun. There’s also the sad fact that, while we’re busy cultivating our children’s burgeoning interests, our own passions are taking a big hit. To some extent we must accept this as part and parcel of becoming a parent, but when we completely stop nurturing those passions we deny the very essence of what makes us people – and, believe it or not, parents are still actual people.

Provided they’re safe and well cared for, putting our own desires before our children’s once in a while does not make us bad parents any more than entirely abandoning our own interests in favour of theirs makes us good ones. What we should probably be more worried about is the potential damage we’re doing to our relationships with our children as a result of surrendering our identities to them.

So what can we do about it? Well, mercifully for the music lovers, there seems to be a new wave of likeminded, entrepreneurial parents masterminding DJ-led, ‘rave’-style events and classical concerts in an effort to bridge the gap in the market for more parent-friendly events. This is wonderful, life-affirming stuff, but there is still a real dearth of family-focused gigs featuring real-life bands with real-life instruments.

Now that the 30-something indie kids that were shuffling around to The Strokes circa 2003 are starting to become parents, the demand for family gigs offering the same great music in the same cool venues enjoyed by baby-free gig-goers is only going to increase. This new generation of music-loving parents won’t be fobbed off with naff kids’ discos with their PG playlists and parent-placating bars, and why the hell should they?

It’s high time we rethink the family-friendly event, turn the children’s-party mentality on its head and introduce adult-focused parties where kids are welcomed without being the focal point. We’re talking full-length, authentic gigs packed with stuff to make parents’ lives easier, from nappies in the toilets to nice, non-naff distractions for the mini moshers. It’s time we gave back to parents and put baby in the corner – even if it’s just for the length of a guitar solo.

Written for Wake Up Gigs and originally published on HuffPost.