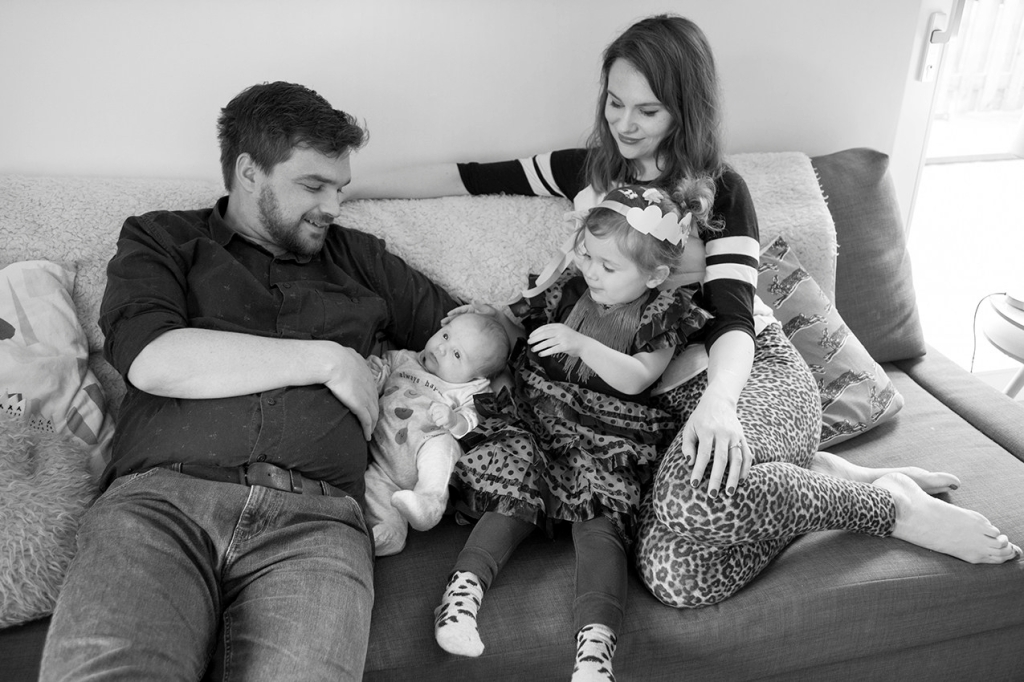 When I turned 21 my parents booked me in for a studio portrait session with a professional photographer, I guess to capture me at my peak before it all went to shit. The guy was nice enough but horrible at putting me at ease, despite my admission on arrival that I couldn’t pose if the future of the human race depended on it. His camera came out and he realised soon enough that I wasn’t joking, but instead of direction I was offered two things: a story about two young siblings he’d had in the studio the other week, both of whom were exceptionally photogenic and perfectly at ease playing together in the space, barely noticing as he snapped away, as if that was somehow meant to make me feel less cripplingly awkward; and a string of cheap plastic beads he thought might “jazz up” my black top and jeans, which was, to his disappointment, the only outfit I’d brought with me.

The photos turned out fine but, needless to say, I didn’t exactly rush to book another session. I’ve had precisely zero professional photos done since and still managed to live an averagely productive and fulfilling life – at least until I had Babu and my fulfilment peaked, my productivity nosedived and I suddenly wanted a million studio portraits of my absurdly photogenic* child (*might be a bit biased). That said, even the most extreme postpartum hormone levels were unlikely to make me want to book a newborn photographer whose portfolio was awash with pictures of tiny sleeping babies fashioned into awkward poses the way the Victorians used to prop up their dead. This kind of ‘traditional’, posed baby photography scares the bejesus out of me, particularly when said unconscious babies are pictured wearing tweed caps/crochet tiaras and/or curled up in giant acorn shells or plopped on a doily like a fondant fancy.

Then I got an Instagram message from Kate Elliott, a London-based professional photographer specialising in newborn and family documentary portraits as Arrow + Lo, asking if I’d be interested in a free, no-strings attached shoot at home. I’d had some pretty weird DMs from dodgy-sounding accounts asking if I “liked” newborn photography, as if it was something you just ‘liked’ in the same way you’d ‘like’ cats or ping pong, and if I wanted to do a shoot (by the looks of it, a fondant fancy shoot) but I’d politely declined despite being pretty sure they were sent by robots. Kate sounded like an actual human, which I think is quite an important attribute for someone you’re inviting into your home to capture intimate family moments to have. She reassured me we’d hardly know she was there, and a scroll through her website, which was filled with beautifully raw images documenting a handful of families’ first few hazy, heady postpartum days, abated my concern about our pictures ending up on awkwardfamilyphotos.com.

From the moment I opened the door, our shoot with Kate was like having a mate round for tea. She brought biscuits, so obviously we warmed to her immediately, and then we basically just sat on the floor for two hours eating them and chatting shit like we’d known each other for years. It’s like hairdressers: I always think it’s really important that the person who does your hair is the sort of person you’d be mates with in real life. They could be the best stylist in the world but if you’re on opposite wavelengths they’re never going to fully understand who you are, you’re never going to feel completely comfortable communicating what you want and you are basically asking for a mullet. The same is true of photographers: if you don’t click (pun not intended) then you won’t relax and run the risk of Chandler Bing photo face.

We all loved Kate from the get go and I think it really shows in our photos. Babu has always been freakishly confident and is consistently the charismatic glue that holds our (very amateur) family photos together, even when me and Adam are looking spectacularly uncomfortable, but on this occasion I think we all looked pretty banging, despite my being five weeks postpartum and not being able to fit into anything that wasn’t the dreaded leopard-print maternity leggings, Adam having come off a night shift an hour before, Babu insisting on wearing her diabolical fancy-dress flamenco costume throughout, and none of us having slept properly for more than a month. We did about a quarter of the shoot on Babu’s bedroom floor and the rest on the sofa, but to be honest we could have done it on the toilet and the result would still have been lovely. We were all just so loved up with our new little babe and I’m so grateful to Kate for capturing that so beautifully and giving us all these magical pictures to look back on forever.

Disclaimer: our shoot was a freebie but my reviews are always completely (sometimes painfully) honest. Contact Kate to arrange your own Arrow + Lo newborn/family photoshoot. 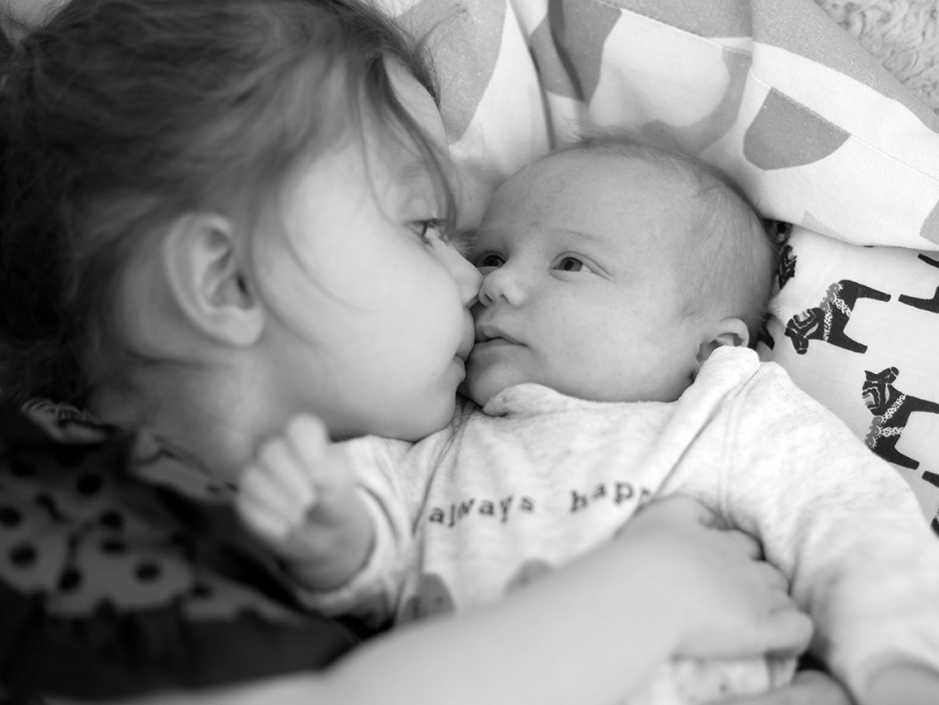 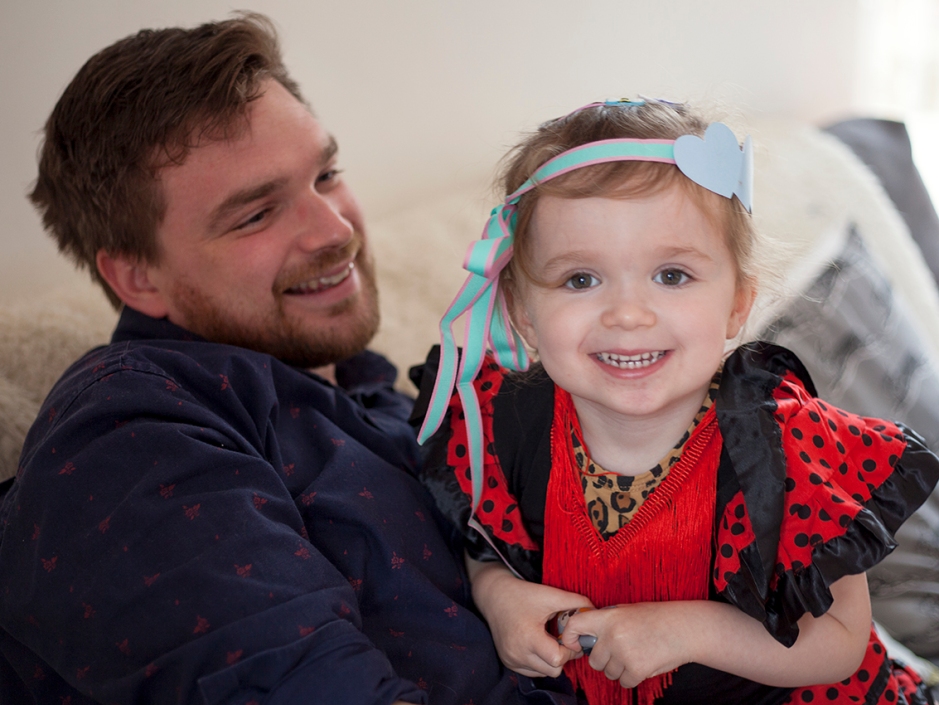