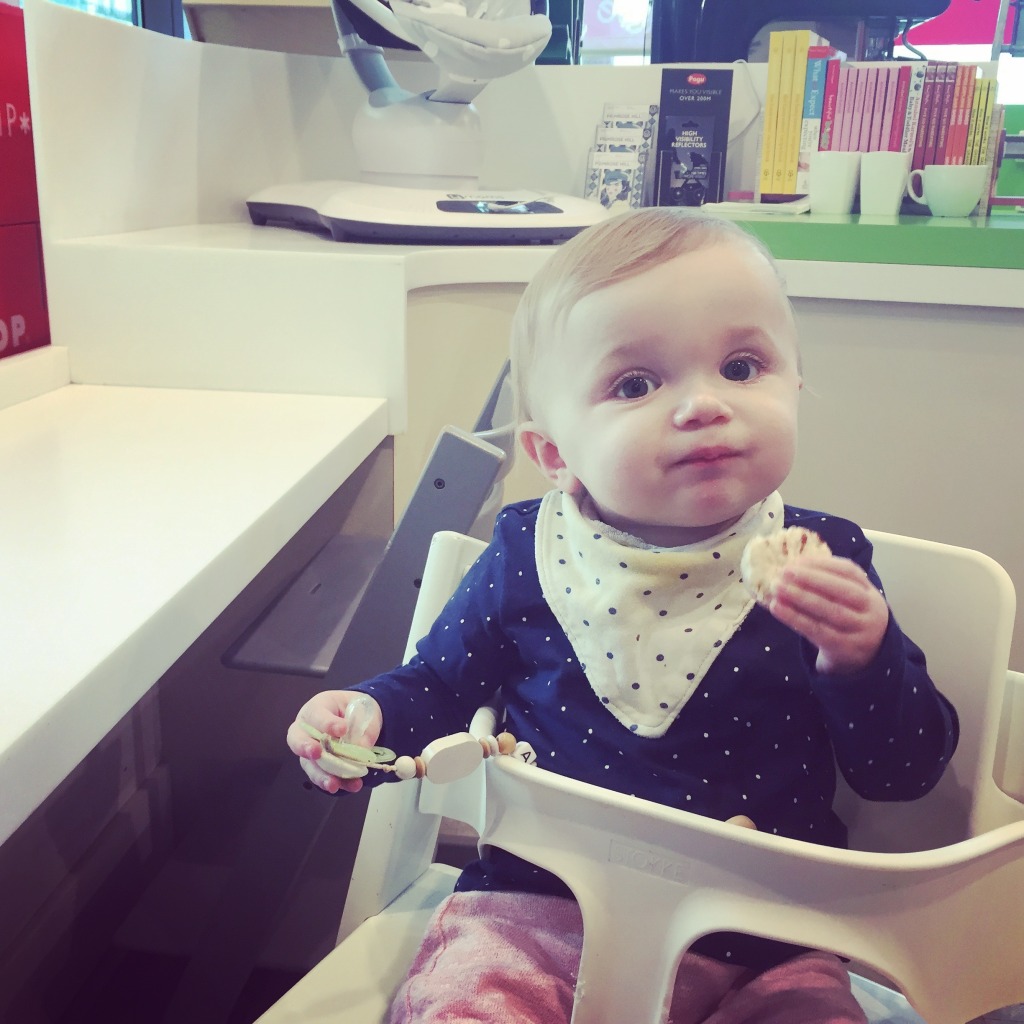 What?: When I came up with the concept for Bablands as an alternative guide to having a baby in London, Huggle was – in theory – exactly the sort of place I wanted to profile. Described on its website as ‘a resource destination for new parents, grandparents and those overwhelmed by the mass of information available’, Huggle is unique in offering an interesting – though very pricy – variety of music, dance and language classes for little ones, as well as a one-stop new-parent shop for people who are wondering what sort of hamster wheel to buy their newborn, plus a small (microscopic) cafe.

Where?: In the weird no-man’s-land behind Swiss Cottage tube station, in the arse-end of Belsize Park. Great for people who live in NW3 and have money to  invest in a bright future for their children.

Best Bits: The staff are so friendly it’s almost embarrassing. Someone helped me into and out of the shop with Bab and her buggy without me even having to ask. There’s also step-free access for people who care to notice such things and aren’t on a personal mission to make life hard for themselves like I seem to be. Everything in the shop is beautifully laid out and easy to find, and there’s a fresh, light and modern feel to the place. We didn’t go to a class because I was more interested in scoping out the shop and cafe. However, we watched a music class happening while we had our tea and rice cakes and it did look really fun with lots of pumping bass and disco lights, which I know Bab would love. So we may well be back if we’re feeling flush sometime. Maybe if I find some money on the ground or something.

Worst Bits: The cafe was so tiny I wasn’t even sure if it was a cafe. There were literally two tables – one of which someone was hunching over to look at the community notice board and the other of which only had high chairs to sit on. I genuinely sat at a high chair to drink my tea. Also the staff seemed slightly confused that we wanted to drink in. I guess it’s more the sort of place where you grab a decaf no-foam no-fun latte and a bag of Organix Finger Snax post-class then bugger off.

Price Range: It’s reeeally expensive but I don’t think it’s aimed at poor people like me so it’s probably ok. It has a price-match guarantee but not against places like Amazon or anywhere actually reasonably priced. I think if money was no object and you just wanted to go and get everything minus the baby without having to think about it then this place would be amazing. You could probably just sit in the pea-sized cafe while a super-smiley staff member grabs everything for you and then you could just open a briefcase full of fifties over their head when they’d finished.

Would We Come Back?: For a class? Yes. To shop/grab a coffee? Probably not.

Bab enjoys a rice cake in the Huggle cafe