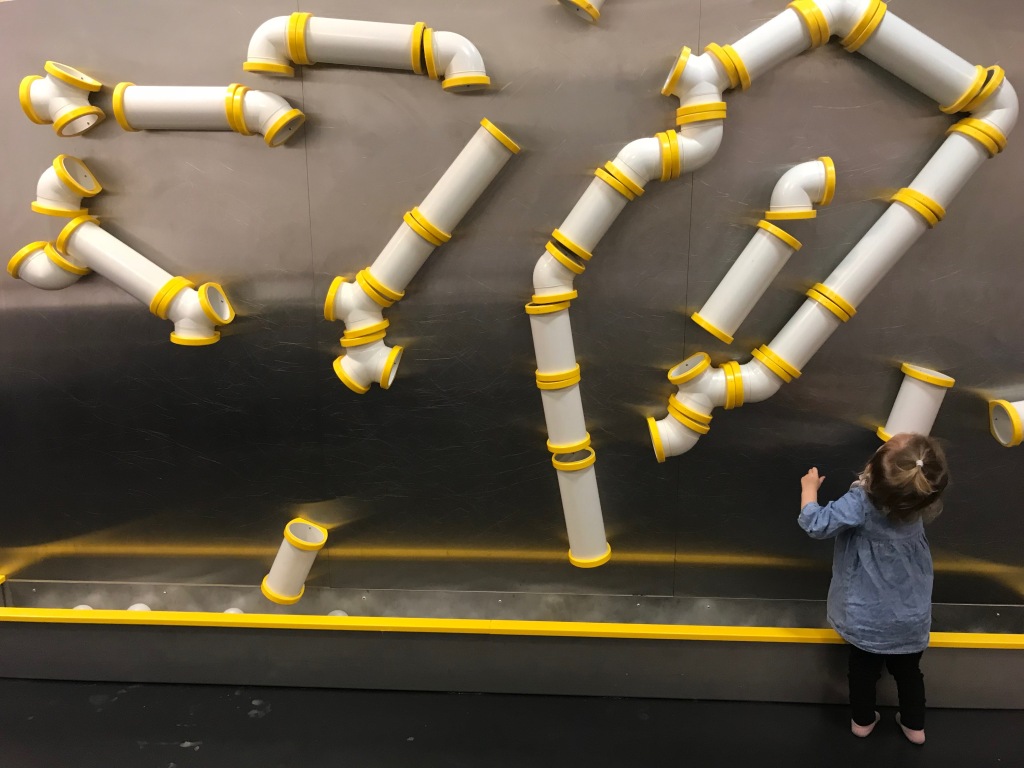 What?: Purple Dragon is one of those places that’s so awesome it makes everything else looks like absolute crap in comparison. It’s like buying a pair of Agent Provocateur knickers when all your others are from Florence & Fred at Tesco. Even if you were previously perfectly happy with the F&F ones, now that you’ve experienced sumptuous, curve-caressing, buttery-soft silk your cotton basics are essentially the equivalent of wearing a groin-chafing nappy fashioned out of Brillo pads.

Likewise, now we’ve sampled the Dorchester of playgroups I think it’s safe to say that an afternoon in the under-fives pool down the local baths or a morning at Tumble Tots in Kentish Town doesn’t have quite the same allure it once did, and even our favourite mum-and-baby activities now seem horribly depressing and basic in contrast with this beacon of deluxe preschool revelry.

I’d first been alerted to Purple Dragon’s existence via the Instagram feed of a woman who is probably at least a million times wealthier than me, so I was under no illusion that any old Tyson, Dwayne or Harley could just rock up and play here. This slick hangout is part of a growing trend for kids’ members’ clubs that I’d never even considered might be a thing until I Googled it and realised that of course it’s a thing. If you can afford not to suffer the horror of snot-besmirched, foot cheese-scented soft play then why the hell would you?

There is a glossiness about this place that I’ve never experienced before in the world of toddler amusements, and it’s apparent from the moment you walk through the disconcertingly smudge-free glass doors, across the flawlessly clean mock-wood yellow flooring and into any of the myriad avant-garde play-suites. Even the soft play is frighteningly fresh and sparkly, with its grime-free slides, luxury trampoline and pool of pearly white balls that can also be sent through an air chute or used to test the accuracy of your child’s pipe alignment in the giant magnetic Tetris game.

To be honest we could have just installed ourselves in the soft play all day and Bab would have been perfectly happy, but really why would you limit yourself when it’s sandwiched between a state-of-the art music room complete with grand piano, electric drum kit and a wall filled with Fenders, and a cutting-edge cookery suite where you can make and eat two delicious recipes every day; or when you could create your own mini masterpiece in the pottery wheel-adorned arts and crafts room, or go for a dip in the tropically heated pool?

There’s even a whole bunch of stuff just for parents, from the brasserie whose meals are supervised by a chef from a Michelin-starred restaurant to the sleep pods, virtual golf and nail bar. It’s almost too nice – so nice it half makes me want to give up all the other hundreds of activities we try out on a daily basis in favour of idly dangling around in the hanging chair in the Purple Dragon ‘Imaginarium’ for the next three years while Bab fills her trolley at the little pretend-play shop, or absorbs the contents of the floor-to-ceiling library, or swathes herself in spangly capes from the Superhero Corner.

All that said – and don’t get me wrong, this place is basically heaven – I can’t help wondering whether or not it’s wise to let your toddler hang out somewhere this lush when they’re still forming their awareness of the world around them. I mean obviously if you’re a member you can come here when you like, but even if I had that kind of money I’d like the option to take Bab down the local playground or to baby gym sessions without her complaining that they’re not up to her required standard. Plus I would definitely have to trade in my battered Fjallraven Kanken for something a bit more Chanel if I was going to be seen here on a regular basis – I have to say the other mums’ outfits made me feel very Topshop.

Where?: Purple Dragon Chelsea can be found at 30 Gatliff Road and is a 12-minute walk from Victoria (Circle, District, Victoria, mainline).

Best Bits: This place is so fun it makes me want to be two.

Worst Bits: With membership packages ranging from £1,750-£4,000 a year, this is one of the most expensive parent-and-tot activities out there. In fairness though, premier (go-whenever-the-hell-you-like) membership only works out at about £11 a day, which isn’t too terrible if you live nearby and go all the time – and it’s not like you can say you can’t see where the money is going.

Facilities: What facilities aren’t there, more to the point?

Would We Come Back?: Taking into account the hefty membership fees, the fact that we live five miles away and the waiting list that’s probably longer than the one for the new Hermès handbag, I’m going to go out on a limb and say we probably won’t be signing up for premier membership any time soon, although we’re still keen to try out Purple Dragon’s ‘Little Brother’ club in Putney.