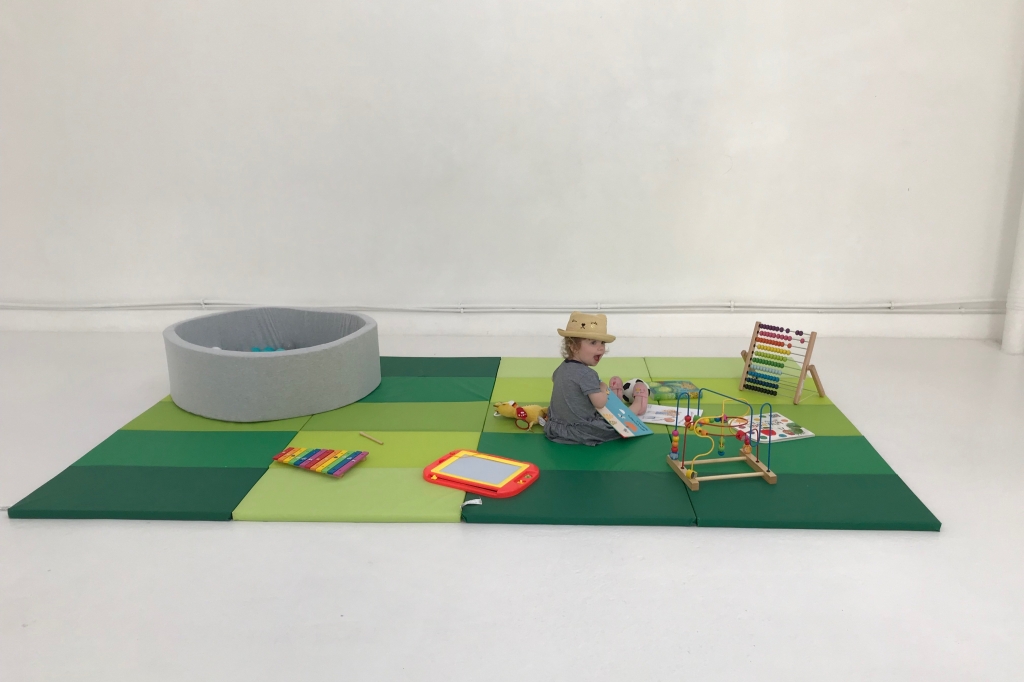 What?: I love my daughter with every fibre of my being but she does ask a hell of a lot of questions and I often think it would be really lovely to just sit by myself for a few hours and zone out a bit. You know – catch up on some ‘me time’; do some ‘self care’; maybe just sit and dribble. So when I heard about The Space Retreat, a childcare-inclusive pop-up relaxation sanctuary for women, I positively jumped at the chance to do absolutely feck all.

Ok first of all this was totally, 100% not what I was expecting. I once went to a spa where between treatments we all lolled around on this massive communal mattress in the dark (which was actually nowhere near as creepy as that sounds), and the reference to a ‘sleep space’ on TSR’s website made me think of precisely this scenario. In fact I think I was basically expecting your average, run-of-the-mill spa plus creche, which would have been lovely, but the reality was much, much better.

Due to the monthly nature of TSR’s retreat days, their space is hired, with pop-ups currently held in an impossibly light and airy house and its adjoining photography studio in Clapham. On arrival you simply deposit your offspring (if you’ve brought them) in the spacious photography-studio creche with the friendly (DBS-checked) carers and, once they’re settled in, head next door for three whole hours of carefree chill-out time.

Our retreat’s theme was ‘Put a Spring in it’ and it included an optional (everything is optional – you can literally sit on your bum for three hours and stare at the wall if you really want to) half-hour creativity and meditation session that focused on ‘spring cleaning’ our minds and creative problem-solving – and no, no one actually had to talk about their problems out loud. In fact this was so insanely relaxing I think I actually fell asleep for a few minutes during the meditation. The instructor was a hypnotherapist and had the most soothing voice – I could actually really do with her coming to live with us so she can talk Babu down from her witching-hour tantrums.

After the workshop we were free to sit, read, sleep, eat or be pampered as we saw fit. I sat and read an article about romancing yourself in Oh Comely magazine whilst stuffing approximately 15 Bahlsen Choco Leibniz into my face. Then I had my manicure with Laura, one of the two amazing on-hand beauticians, whilst boring her with my trivial life woes, which actually turned out to be the best therapy of all. I went for a red, glitter-topped nail, because I was feeling festive despite it being late April.

I didn’t have a nap because I struggle with those and also because I felt sleeping would be a waste of this beautiful, snack-filled house, and we didn’t watch the film because everyone was in different places at different times and none of us were particularly bothered – but those things are both options. To be honest I didn’t really do much at all and I was a bit freaked out how quickly the time went, given how much I used to cram into a two-hour naptime back in the days when naps were a thing, and I left feeling simultaneously like I’d been there about 10 minutes and like I’d slept for a month.

Best Bits: Everyone there – staff and fellow retreaters included – were so lovely, and I left happy, stuffed and feeling more relaxed than I have in a very long time – and with a toddler who really did not want to leave.

Worst Bits: Because the creche is right next door you can hear your kid if they cry – which may or may not be a good thing depending on how you look at it. Thankfully Babu had a whale of a time (dancing, apparently), but another woman had to leave halfway through because her 10 month old wouldn’t settle.

Would We Come Back?: Yespleasethanks.

Bab settles in at the Space Retreat creche, Clapham.