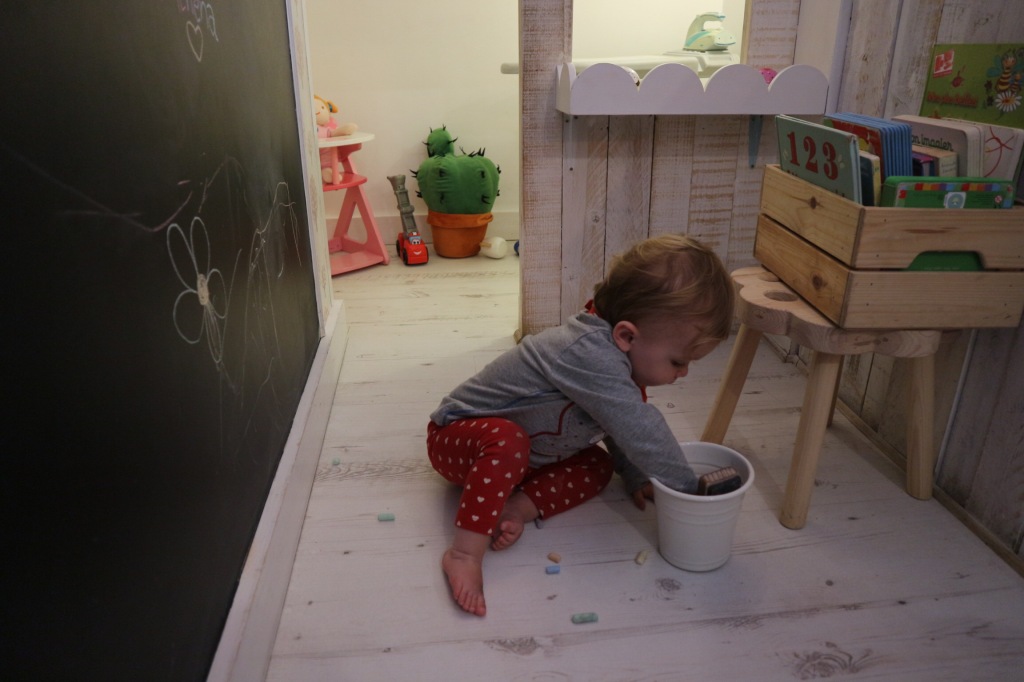 What?: Our quest to check out every single play cafe in London continues with a trip to Cuckoo Hibou, a cosy concept store that’s part-cafe, part-shop, part-learning space. Opened in January 2016 by Alice Erb-Malet, a half-French, half-English Parisian native who moved to London in 2013, Cuckoo Hibou is envisaged as a family ‘nest’ where the two cultures intertwine. Hibou, in case you were wondering, is French for owl, while cuckoo is English for erm… cuckoo.

As well as providing a cute hangout for big birds and their young, Cuckoo Hibou hosts a packed programme of morning workshops in its sizeable downstairs play space. Suitable for kids aged 0-6, classes are taught in both languages and include themed Didi Drama workshops, Kids en Cuisine for little chefs, Club Pierrot French sessions and Mummy and Me Ballet classes, amongst others.

The bicultural theme continues into the outrageously stylish in-store boutique, which is stocked with expertly curated toys, clothing and accessories from (mostly French) luxury children’s brands; and the adorable cafe, which serves a selection of delicious canelés (French pastries) from patisserie Yvonne & Guite, as well as drinks and vegetables sourced from Chegworth Valley Farm in Kent.

Price Range: From a few pounds for Meri Meri accessories and party products to £20-40 for boutique clothing, up to around £150 for an impossibly beautiful Moulin Roty dolls’ pram.

Best Bits: We loved the pastel colour scheme and cute cafe furniture, and the upstairs play area, though tiny, is brilliant with its stylish playhouse and giant chalkboard wall. We could have quite happily bagged the entire contents of the ridiculously tasteful boutique.

Worst Bits: There weren’t really any though Bab and I actually preferred the free upstairs play area to the big, charged-for one downstairs – it was just so pretty and dinky.

Would We Come Back?: As soon as Bab is walking we’re booking ourselves in for Mummy and Me Ballet.