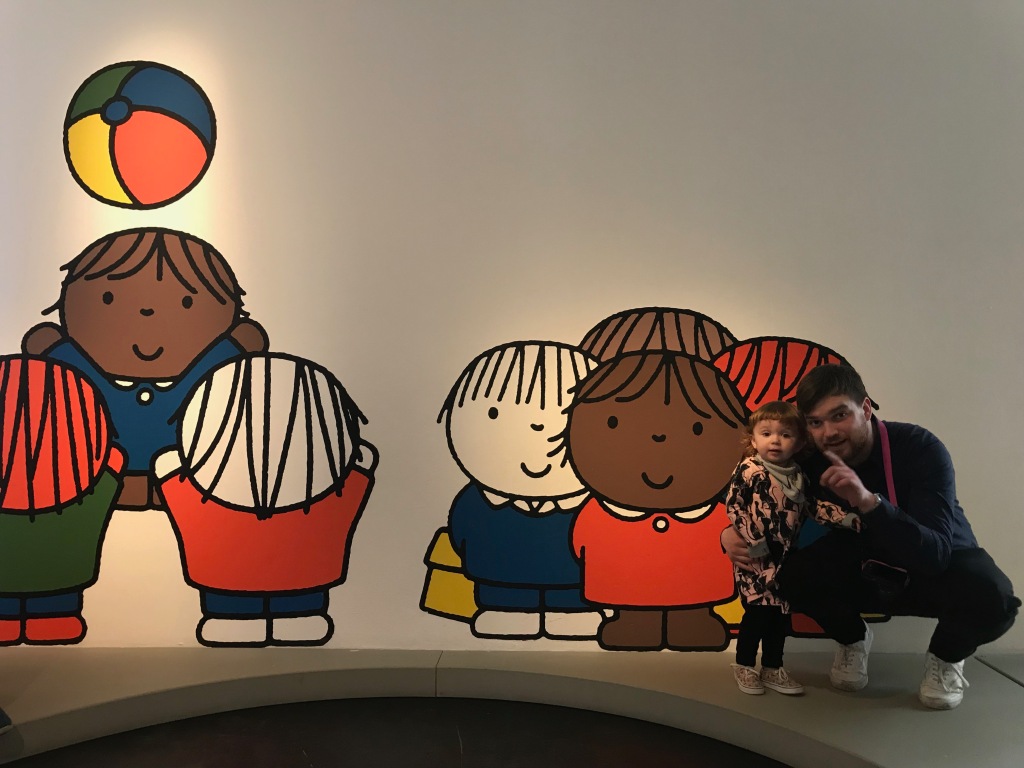 I discovered the Dick Bruna House (now the Miffy Museum) during an absolutely bloody freezing uni trip to the Netherlands in November 2006. I was doing an Art History module in modern architecture and we’d taken a day trip to Utrecht to see the Rietveld Schröder House, a really cool De Stijl building that’s actually really worth a visit if you get a chance. It was commissioned by a Dutch woman who had three little kids, and has moving walls and clever little design details that seem pretty avant-garde now, let alone in 1924 when the house was built, and it’s so bizarre and interesting.

Anyway, we ended up walking past the Dick Bruna House on our way back to the station but our meanie tutor Michael wouldn’t let us go in because he sucked so I didn’t get to meet my beloved Miffy, chicest of childhood heroes and queen of the resting bitch face. Fast forward 11 and a half years to our first family trip to the Netherlands and I was shitting well going to see her this time. Plus I have a two-year-old now which makes going to a museum designed for toddlers socially acceptable – whereas, on reflection, when I was 19 and childless it would have been a bit weird.

Since Bab seeing Miffy was kind of our entire justification for a trip to Holland, we’d earmarked a whole half day for our visit to the museum and didn’t plan on doing anything else while we were in Utrecht, but we were so pleasantly surprised by the city’s pretty scenery, amazing shops and small-town vibe we ended up squeezing a couple more stops in before home time. Below is what we managed to do in an afternoon, though we could happily have spent another couple of days there and I think Bab would actually have been thrilled to have been dropped off at the museum and left to her own devices while we went back to Amsterdam and did some adult stuff – went to the Condomerie or something.

Less a museum in the traditional sense and more a of an arty play centre for children with disgustingly good taste, the Miffy (or Nijntje) Museum started life as the Dick Bruna House on the site of Bruna’s studio before being redeveloped in 2016. Specially designed for children under seven, the museum consists of a series of themed, immersive rooms where little ones can hang out with Miffy and her mates while adults marvel at Bruna’s stylish, minimalist illustrations and try not to lose their patience when their child wants to ride the Miffy bus for the eleventy-billionth time. In terms of concept it’s similar to Stratford’s Discover Story Centre but obviously much better because Miffy. Everything is fully interactive and sticky finger-friendly, and there are free lockers, a buggy park and a vending machine in the museum, as well as a cafe and huge range of Miffy merchandise to buy in the neighbouring Centraal Museum. You’d be hopping mad to miss it (sorry). 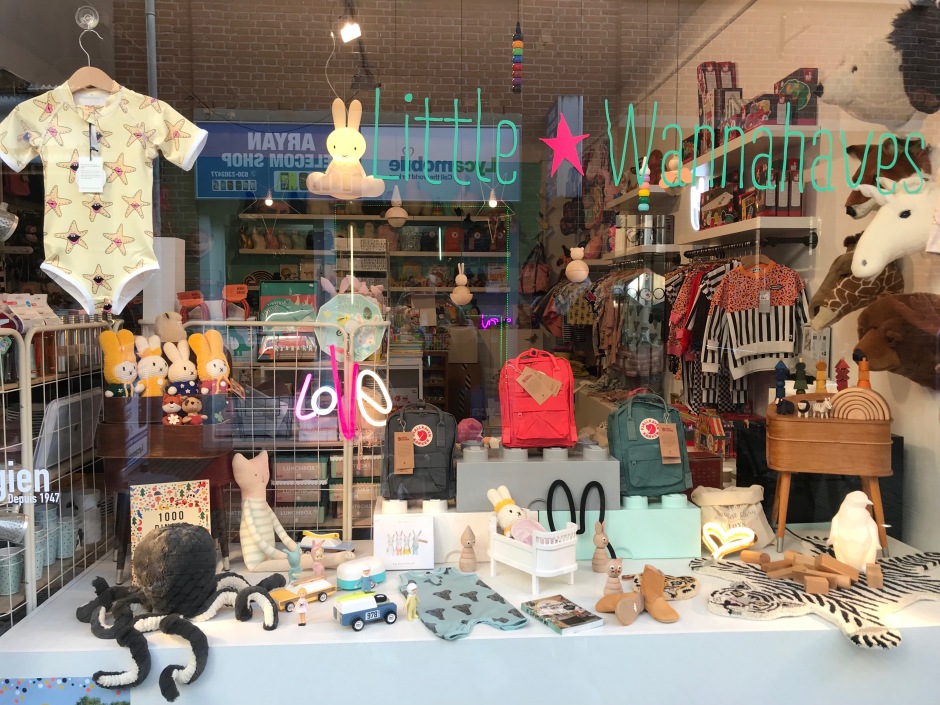 We stumbled across Little Wannahaves by chance on our way back to the station and I was forced to go in, having spotted Lapin & Me’s kitsch-tastic Agatha and Astrid lost toys in the window (I have wanted these for ages). This dinky store is bursting at the seams with beautiful buys and there’s much, much more online, from clothing and accessories to toys and decor. In fact there was so much I wanted it was actually quite stressful; maybe I’m weird but I always get this feeling of being completely overwhelmed when I find a new shop whose entire collection is beautiful. Little Wannahaves regularly introduces brands that are not yet (or hardly) available in the Netherlands and there was a lot of stuff I’ve never seen in the UK before either (and we visit a lot of kids’ shops). Everything is very chic and Scandi, with just the right level of camp, and co-owner Jasper, who I chatted to, was lovely and didn’t judge me at all when I said my purchases were a present to myself. 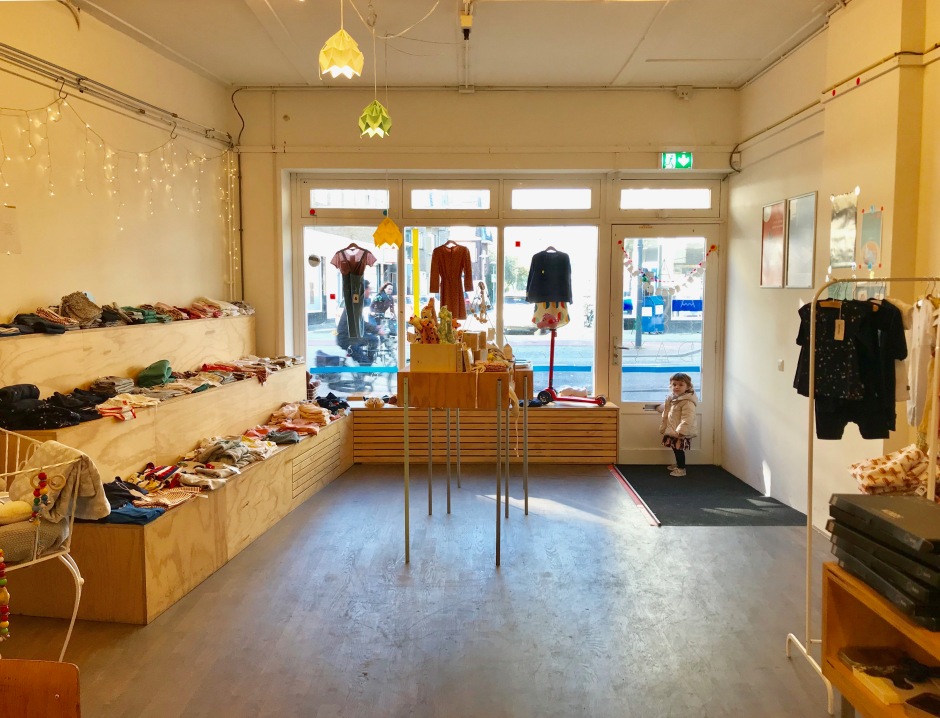 Since the Miffy Museum didn’t have an on-site cafe we decided to grab a bite to eat from An Apple a Day, a kids’ concept store in Utrecht’s Buiten Wittevrouwen district. While this wasn’t my favourite of the kids’ shops and play cafes we visited since it mostly sold pricy designer clothes and not a massive amount besides, the canalside walk up here from the museum was amazing and there was a small selection of truly beautiful toys on offer in the shop, including an Esthex dress-up doll that I’m completely obsessed with, and I liked that Bab was free to run around exploring the space and that no one seemed even slightly bothered by the massive floor tantrum she had in the middle of the shop. I did think the menu was pretty limited – although that seems to be a trend in concept-store cafes – and I have to say I much preferred Little Wannahaves’ product selection, but this place is definitely worth a browse if you’re in the area.

If you have time to visit the Rietveld Schröder House then do it. I found it fascinating 11 years ago when I was child-free and I’m sure I’d love it even more now since there were lots of ingenious childproofing tips to be found around the building. Tickets need to be pre-booked which requires a bit of forward planning but it’s managed by the same museum that manages the Miffy Museum so you can kill two birds with one stone. We didn’t pre-book for Miffy and were confronted with a ‘sold-out’ sign on arrival (it turned out they just put that there for crowd-control purposes but I’d still book in advance next time to avoid heartbroken minis – or biggies, in my case).

Got a massive Miffy fan in the family? Then you might also want to visit Nijntje Pleintje (Miffy Square) on the city’s northern edge. There’s not really much to see there, aside from a little statue, but it’s a peaceful spot by the canal and a nice one to say you’ve been to. Another cute but rather less peaceful Miffy spot is her traffic light (located at Sint Jacobsstraat 1A, close to Little Wannahaves), where you can cross the road guided by the green Miffy, as opposed to the green man. And if you’re looking for a more grown-up dining option to round off your visit (i.e. not a play cafe) then the atmospheric Meneer Peer on the Bemuurde Weerd Oostzijde and Asian favourite Le:En in Tolsteeg en Rotsoord both offer brilliant kids’ options and well-stocked play corners.

Babu reluctantly poses with Daddy at the Miffy Museum, Utrecht.